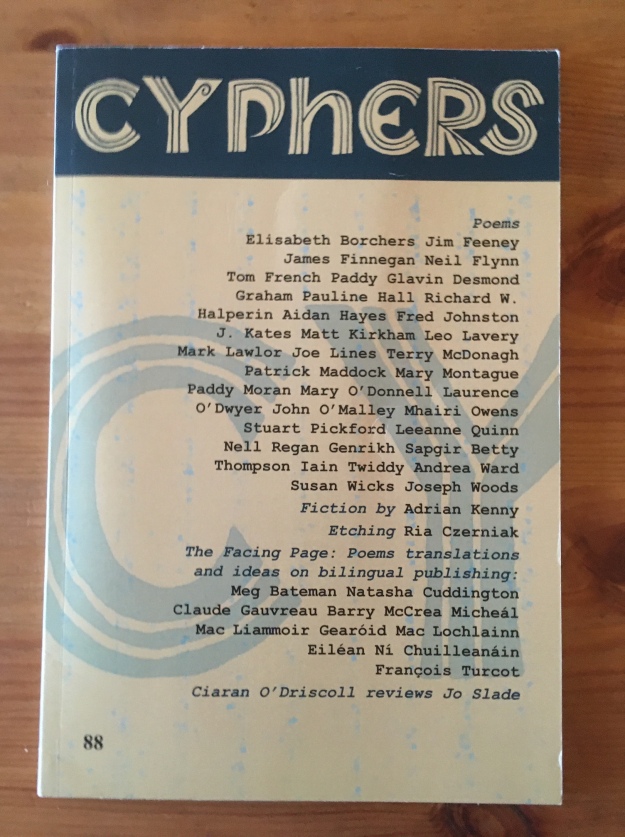 Cyphers magazine has published two of my poems –  “Ascension” and “Prairie”– in their Winter 2019/2020 issue.  I am really pleased as always to be published in Cyphers and in particular this time as my poems appear on the same pages as a poem by Fred Johnston, a poet I have long admired.

Cyphers is a Dublin based print only magazine which has been in existence since 1975. They publish poets from all over the world, both new and established and this issue features a number of translated poems.

Cyphers can be found at http://www.cyphers.ie

If you want to subscribe to Cyphers magazine, you can do so by writing to the following address:

Subscription rate is €21.00 for three issues including postage

In Britain £20.00 for three issues including postage

US $42.00 for three issues including postage

3 thoughts on “2 Poems in Cyphers Magazine (“Ascension” and “Prairie”)”