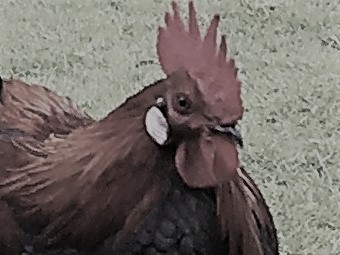 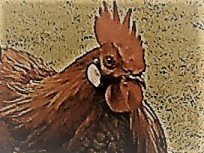 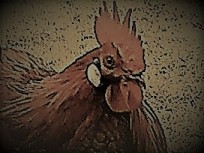 Living Off the Grid

The sun with rare generosity
beats down on the solar panels
on the roof of Vincent’s log cabin.

The first sentence of his organic novel
–The abattoir, for once, was silent –
sits alone on his laptop screen.

This is the seed from which will spring
plot, character, content.
He gets up, walks out through the kitchen door

sprinkling life-giving nutrients
on the unsuspecting butter lettuce.
Returning to his desk

he taps out another sentence:
With his mother’s mop, he wipes
the blood from the kitchen floor.

Why so morbid?
It’s warm, he’s feeling drowsy,
he detects a faint signal from a long-dormant source

like the distant ping from a submarine
at the bottom of the ocean.
He should invite someone for dinner,

the lady who sells jam at the Saturday market, perhaps,
or the angry sculptress – she of the tangled hair,
the scrap metal raptors, the acetylene scent.

The jam lady it is.
Bottle of wine from the retired lawyer’s vineyard,
salmon from the gnarled fishermen down at the dock,

try a little humor,
ask her if raspberry jam is a male preserve,
make a nice salad. What’s the worst that could happen?

This poem first appeared a little while back in “The Basil O’Flaherty” .

It was also published previously on this blog, thought it was worth a second look.

Taking part in open link night over at dVerse, check them out here.

11 thoughts on “Living Off The Grid/ Rooster Gallery”