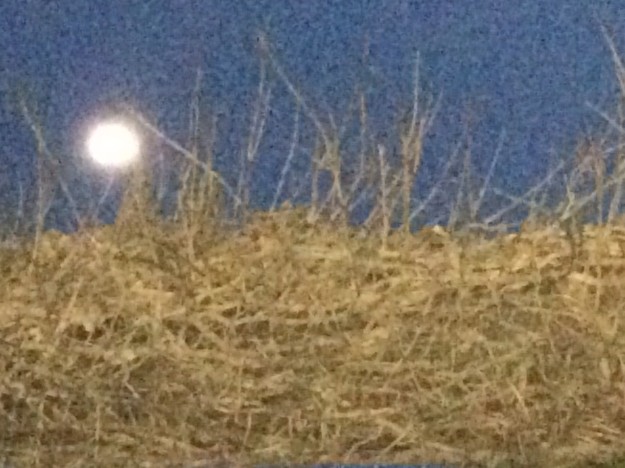 The challenge from Sarah over at dVerse is to write a piece of prosery, of flash fiction (limit 144 words) incorporating the phrase “I dreamt I was the moon” from a poem by Alice Oswald.
So here goes:

Speaking as the Moon

I dreamt I was the moon, a cheddar searchlight in the sky waiting for the arrival of man with his small steps and giant leaps, his garbage can machines, his religion, his culture, his competing ideologies, his self-aggrandizements, his bragging rights, his racism, his greed, his pomposity, his self-importance, his astronauts named “Buzz”. I tell you, colonization never works out for the colonized. Speaking as the moon, I have no desire to be turned into a destination for space tourists or a land fill or, more accurately, a moon fill, then to be compensated, to be re-moonerated (a bit of lunar humour) some hundred years later by some conscience-stricken liberal prime minister of Canada. They say that nature abhors a vacuum, well, speaking as the moon, I can handle a vacuum quite nicely, it’s vacuity, I abhor.

14 thoughts on “Speaking as the Moon”