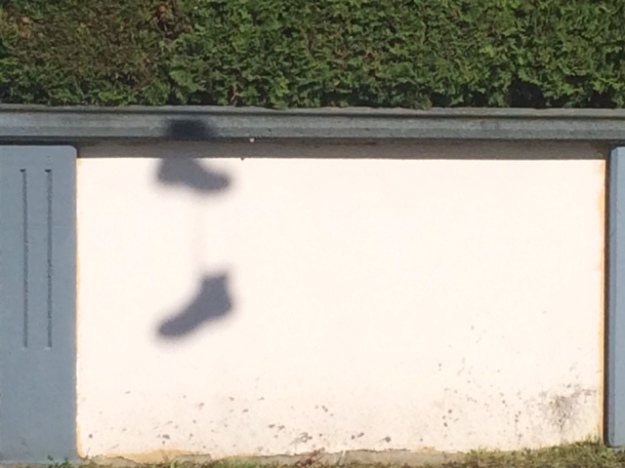 Early Sunday morning, Slim and I head down to “The Post-Coital Beetle” to watch Manchester United play Spurs; early because of the 8 hour time difference and because neither of us subscribe to the sports channel showing the game so we can’t PVR it, plus The Beetle is open and we get to watch the game and shout abuse and/or encouragement at the screen in the company of like-minded people. We both order the all day breakfast; it’s called that because it’s available all day, not because it takes all day to eat it. I ask for the eggs over easy, Slim, in an outbreak of irony, orders sunny side up.

It’s nearing the end of the season and the United manager, Jose Mourinho, the surly one, is showing signs of cracking. In a game during the week, he tried to hold onto a one goal lead by switching a to 4 defensive central midfielders and nearly lost the game to a very average Spanish team. Today, he starts with 3 central defenders, and 2 full backs;  one of the central defenders is playing in the full back position and one of the full backs is playing in midfield. Ten minutes in and United’s French striker, Anthony Martial, is sulking around in a state of Gallic pique, because there’s no one to pass the fucking ball to him, which is what I shout at the screen:

“There’s no one to pass the fucking ball to him!”

Plus, there’s something seriously wrong with Wayne Rooney’s hair, he seems to be going bald again, despite his much publicised hair implants.

Predictably, United lose. I turn to Slim for a comment, my nose streaming and my eyes watering because I put too much hot sauce on the hash browns, and he goes all tri-syllabic on me. “Doldrums”, he intones:

And he’s not finished, “I have a bone to pick with you”, he growls. He is wearing a white T shirt stretched over the helmet of his pot belly. The T shirt says: “The end is nigh, and not a moment too soon”. Apparently he’s pissed off because I removed one of his poems from this blog. The poem was called “Moab- an Obituary” and it was his response to the dropping  of very large bomb (The Mother Of All Bombs) on Syria by the US.

I explained to him that I had seen Hasan Minhaj on The Daily Show doing  a piece on how serious journalists like Jake Tapper of CNN had started making snarky comments about Donald Trump. His point was that this is a bad thing because we need serious journalists to be serious and snark undermines that seriousness. I thought the last verse of the poem was too snarky.

“Well’, Slim says, “here’s some snark for you, go fuck yourself!”

I point out that this is technically not snark, but he has already stormed out of the pub, leaving behind a sausage which I finish. High point of the morning, really.