Mr. O’Brien, Flann,
Myles of the Little Horses
this is not about a bicycle.
My dad once told me
you were a regular
on the last bus out of the city,
heading home to Booterstown
langered, stotious,
three sheets to the wind
whether this was an observation
or a judgement or an exaggeration
I could never quite figure
but if you should meet my dad
in that section of heaven
reserved for former residents of South Dublin
please say hi from me
and I hope it’s always late June up there
and the evening is stretching its legs
and the light is like filtered longing.

Taking part in Open Link over at dverse 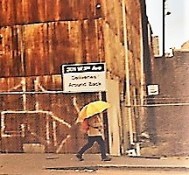 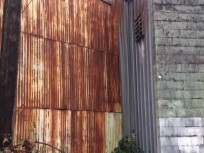 The Irish Dilemma (a slimverse)

I have to admit that when I first moved to Canada from Ireland I used to dread St. Patrick’s day – the fake Irish accents, the green beer, the where’s-me-lucky-charms awfulness of it all. I have since learnt to embrace it.

I never felt quite like that about Irish pubs, I have always regarded them as oases of something approaching familiarity when I found myself in a foreign country. I once got quite sick from food poisoning in Nicaragua and when I was well enough to eat again, I had a longing for Irish stew which I found in an Irish pub run by an ex farmer from Limerick, but that’s another story.

I was recently in Medellin, Colombia, staying in the El Poblado district and I dropped in to Patrick’s Irish Pub to sample Ireland through a Colombian filter. The pub had the usual collection of Celtic bric-a -brac, Gaelic geegaws, Paddy paraphernalia, Shamrock gimcrackery. As is often the case in Colombian bars, one wall was half covered with television screens showing mostly football/futbol/soccer; though there was one screen devoted to UFC and another showing old MTV videos – Rob Zombie, Deborah Harry, Metallica , Eric Clapton singing “Cocaine”; oddly appropriate, Pablo Escobar once lived in this neighbourhood, his house is now a civil engineering office. Yes, this was the soundtrack of Patrick’s Irish Pub. Occasionally, the screen would go blank and they would play “The Rocky Road to Dublin” as a reminder.

The waitresses were young and wore short kilts, I found myself wondering what they thought of this strange universe they found themselves in every evening – a heavy metal Ireland full of tattooed bruisers. I ordered bangers and mash, which is technically more of an English dish, and it was spectacularly bad – two chorizo sausages on a soft bog of mash potatoes. Still, the beer was good -craft roja from BBC (The Bogota Beer Company).

Outside it was a beautiful warm evening and locals and tourists were pouring into the area to sample the restaurants and salsa bars – a mass of colour and pounding drum beats, the feeling that the party was getting started and would not stop until the early hours of the morning. Back in Ireland, the pub is a warm convivial place that people go to,  to get out of the weather ; here in Medellin , Colombia,  Patrick’s Irish Pub felt more than a little redundant.