in he walks
like a bull
checking out
a paddock

(Episode 1 is here)
The following is a memory and like all memories it’s under constant revision. What’s significant I think is that it was the first time I realized that Slim was taking this whole slimverse thing a bit more seriously than I was. As I remember it……..

I invited Slim and the rest of The Poet’s Circle over for a few drinks to celebrate something, I can’t quite remember what it was and to be honest, it doesn’t matter.
The evening began relatively smoothly with an intense discussion about accessibility (no surprises there) and I made an emotional speech about the end rhymes in Leonard Cohen’s song, “Suzanne”. The conversation moved on to verse forms – cinquains, tankas, sestinas, halibuns, what happens if one turns a haiku upside down -fascinating stuff. Then Slim chimed in and asked where our own invention, the slimverse, fitted in to this pantheon. There was an awkward silence. Eventually, The Accomplished Poet spoke up. I should add that he is indeed accomplished and his compact vivid poems, mostly about his garden, have been widely published. He politely suggested that perhaps a 3 syllable line was too limiting, that making poetic music with such a restriction is quite difficult.
Now there was another kind of silence, the kind that ensues when a lion tamer drops his whip. Slim said quietly “fuck you and your fucking garden” and aimed a punch at The Accomplished Poet’s head, who, perhaps because of all that work in the garden, is quite agile. He ducked Slim’s punch and kicked him adroitly in the crotch. When the applause died down and Slim could speak again, he uncharacteristically apologized and gave The Accomplished Poet a hug, a doubtful pleasure given Slim’s personal hygiene issues. The evening ended on a happy note with a raucous rendition of “Suzanne”, everyone hitting the end rhymes hard.
Later that night Slim and I wrote the above poem which stretched the slimverse form to two verses. History in the making.

Taking part in Open Link over at dverse 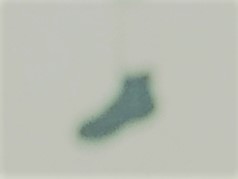 a derelict lai
an abandoned sestina
a rusting rubai

the iambic sun beats down

Participating in Open Link Night over at dverse.